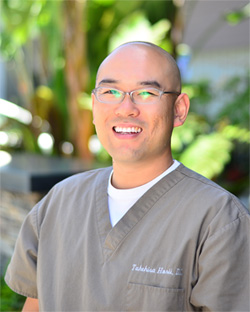 Dr. Take Horii suffered from lower back injury from sports injury (Judo and Karate). The chiropractic care helped his back and overall health. After graduating University in Japan, he went to traditional bone setting school in Japan. While he was in the school, he wanted to pursue chiropractic study. He decided to study in US since chiropractic was originated in US. He graduated Southern California University of Health Sciences (LACC) in 2007. He worked for Chiropractic clinic in Orange County, CA and was also the owner of Wellife Natural Health Clinic. After relocating to Dallas, He opened EnWell Chiropractic & Acupuncture in Plano, TX. He took more than 300 hours of courses of Gonstead seminars while he was in school and traveled all over US for the seminars. He also was a translator for Gonstead seminar in Japan. He has done more than 3000 hours of post graduate study, including acupuncture, nutrition, functional medicine, sports injury, kinesiology, etc. He regularly attends seminars and studies in order to help and provide better care you deserve.